Dr. Russell Reiter is a larger than life legend in his own time residing in Texas. He is the Editor-in-Chief of
the Journal of Pineal Research and on the Editorial Board of 7 other journals. He has received three
honorary doctor of medicine degrees and, most recently, the Presidential Distinguished Scholar Award
from the University of Texas, Health Science Center at San Antonio where he is on the faculty.

There’s much more, but basically he is famous for his years of dedicated study of melatonin. This spring
he lectured at the American Academy of Ozone Therapy meeting in Dallas. His audience was spell
bound and eager to learn from this master, primarily to find out just how much melatonin we should use
and why.

Melatonin is an ancient, 3.2 billion years ancient antioxidant first evolving in bacteria. Melatonin, which
is formed deep inside our brain in the pineal gland, sets the rhythm of our daily day and night cycles.
Our genetic signaling is dependent upon correct melatonin signaling. Dr. Reiter told the group that light
is the largest source of pollution that our bodies must deal with. In particular, blue light (very prevalent
with our computer screens) suppresses melatonin the most.

And the loss of melatonin puts us at risk for breast cancer and other cancers, neurological disorders such
as Parkinson’s and Alzheimer’s diseases and for sensitivity to neurotoxins and glutamate toxicity.

Of course, everyone wants to know how much melatonin to use and how much Dr. Reiter himself uses.
After cautioning everyone to decrease their light exposure pollution and to get to bed at darkness and
rise at dawn, Dr. Reiter admits to personally using 100 mg of melatonin daily. As he danced on the stage
to illustrate the problems with disco dancing the night away at the age of 82, it seems he just might be
onto something. 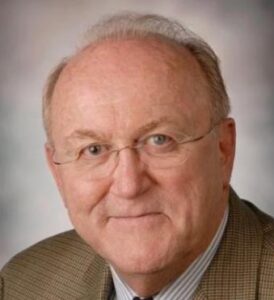